Lamborghini Supercar Story From The Past To Present ( Part 2 )

"Thankfull" to that little technical argument between Ferrari & Ferruccio Lamborghini.The new range of "Supercar" was borned.


Introduction of the model range and  year :

Mid 70's
The birth of the "Scissors Doors" door open concept were introduced since then.This is the most charisma
and most sucessfull model so far between 1974 to 1988.
The first and only SUV production of it kinds.
Early 90's
It's claims the fastest production road car at that time.
Mid 90's

Year 2002
V12 engine producing 580bhp AWD system.
Year 2008
V12 engine also but increase to 640bhp and AWD.This come with roadster version and also "Versace Version"  and interior apply it's leather massively and only 20 units were built.
Year 2009
V12 engine as well tune up to 670bhp and AWD.This the last Miucelago for this apperance because next year the new model is coming.
Year 2008 to 2009
1st introduced in 2007.
Only built limited to 20 units worldwide and the price tag is 1 Million Euro.
It be inspired by the design concept of the "F 22 Raptor" stealth fighter jet both the exterior and interior.
Year 2009
Only 15 units were built & price tag is 1,1 Million Euro. 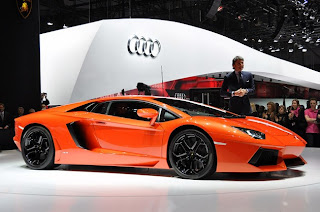 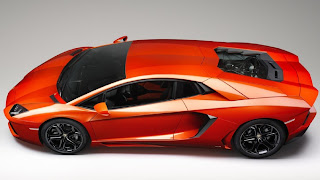 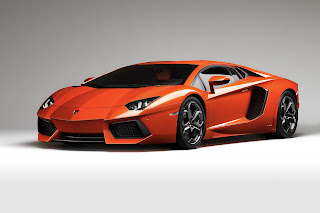 
Year 2008
Year 2009
This special & only "Rear Wheel Drive" version is to honour Valentino Balboni for his long service as Lamborghini
official chief test driver for the past 40 years.
Year 2009
Year 2010 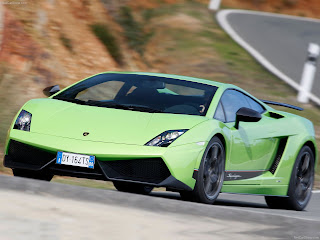 The President & CEO is Mr.Stephen Winklemann who responsible for the Lamborghini supercar future.
﻿
﻿

Hello Kin,
Lambo is such an interesting breed of cars and a lot of us are fascinated by them :-) I'd say, that my favorites are the Miura and the
Gallardo!
Cheers!
Erwin

Yes i couldn't agree more.As a matter of fact Lamborghini is my first of supercar compare with others.

But i never know that you like classic sport car as well.

this is a nice research for a lambo history, TFS

I'm glad you like it & hope you benefit from it.
Actually i'm still waiting for buddy's Nicadraus feedback because he is a big , big fan of Lamborghini.

Thanks Mervin & hope to hear from you again.

Hi Kin, i think Lamborghini is the most beautifully designed exotic car in the world. A very nice review on the lambo. And yes, Nicadraus is a big fan of lambos.

Yes , i agree with you & thanks for the kind comments & hope to see you more often.

Hi Kin,
An interesting read and a nice collection of pictures, thanks for the good moment spent browsing through it! Two remarks though: first of all, the Vector portrayed here is a W8, which has nothing to do with Lamborghini, that's the later M12 which was powered by a Lamborghini engine; also, the Ferrucio Lamborghini-Enzo Ferrari discussion is probably more legend than actual facts, the same story is told about Winton and Cadillac... and a few others.

I would like say many thank you 1st bacause of your valuable additional info.
Mybe you could share some of yours more refine & detail knowledge & info which i didn't know about Lamb.
All the info i get is from books & the internet.I'm sure there will no complete full cover story about what really happen.

I hope to see your visit more often & waiting for your priceless feedback anytime.

Hello Kin,
Don't worry, if your posts are all as interesting as this one, I'll be a regular visitor to your blog! :)

I hope you will visit my blog as frequent as possible even it doesn't arouse your interest.
Because i cannot meet everyone's needs & demand.I only do what i'm doing now which i like & i feel good about.
Everyone have their own style of posting & topic.Just feel free to view & comment at anytime you like.

Don't worry Kin, as long as it's connected to automobiles, I'm very interested! (Not that I don't have any interest outside of cars, too) I'll be back very soon! :lol:

Wo..... what a relief.Thank god you will still come to visit my blog.
Anway thank for the support & kind words.

I'd just like to correct you on the Reventon.

The new Aventador was launched in March 2011.

Thanks a lot for the feedback.I appreciate that.

Kin
Kuala Lumpur, Malaysia
Hi everyone, I am a huge fan of cars.I do collect varies size of diecast models way from 1:87 to 1:18 scale. I also enjoy test drive all type of cars especially high performance sport car. I have this dream to become a test drive editor one day. Anyway , welcome to my blog and i'm sure you all gonna like it. Thanks. Kin.

Friends's favourite Topic About My Work

Friends Who Passionate About My Work